Дата производства: 2021 г.
Жанр: Ball Sucking, Blonde, Blowjob, Braces, Breeding Material, Cowgirl, Creampie, Deep Throat, Fair Skin, Feet, Girl Orgasm, Girl-Girl-Boy, Passion, Petite, POV, Pussy Licking, Shaved Pussy, Trimmed
Продолжительность: 00:49:32
Описание: Jay Romero has decided to hire a babysitter for his stepsister, Khloe Kapri, who is going to be in charge of the house for a few weeks. Jay thinks Khloe will need help being responsible. He interviews Haley Reed, who makes it clear she will do anything at all to get the job. When Jay shows interest in her boobs, Haley happily pops them out and even offers to let him touch them. Thats when Khloe barges in and starts an argument. Eventually, Khloe takes control of the thing she can impact and pops out her tits for Jay. Haley tries to argue, but Khloe grabs Jays head and shoves it forward so hes got his mouth on her nipple. Haley wants it, too, so she shoves Khloe out of the way and gives Jay the same treatment. Before Jay knows whats happening, Khloe has hopped onto the table and pushed Jays face between her thighs so he can eat her out. Grabbing Jays hand, Khloe leads him upstairs for more and Haley follows behind them because she wants some, too.
The girls keep on talking shit to each other in the bedroom as they get cozy in the bedroom. Khloe gets the tongue some more as she and Haley go at it. Eventually they come to something of an arrangement as Haley fondles her own tits until Khloe takes over with her hot mouth. In return, Haley gets on her hands and knees and leans in to take Jays place, lapping at Khloes slit with her magic tongue. Since hes been displaced eating out his stepsister, Jay takes the opportunity to get behind Haley to go to work feasting on her cock loving fuck hole. Temporarily sated, the girls get Jay naked and onto his back so they can enjoy their newfound closeness by working together to suck and deep throat his cock.
When the girls finally take things to the next level, Khloe gets the first taste of the D. She hops onto Jays dick as he continues to lay on his back, rocking her hips for a ride while Haley rubs her clit. Then Khloe lets Haley take over, giving Jay a doggy style stiffie ride. The trio changes things up so that Khloe is on her knees with Jay buried in her snatch and her face buried in Haleys twat. After a brief pause for both girls to lap their juices from Jays fuck stick and suck his balls, Haley gets on her hands and knees so she can enjoy a doggy style pussy pounding, too, once shes done playing with Jays hardon with her feet. The girls wind things down on their backs side by side as Jay takes advantage of the pussy buffet laid out before him. He gluts Khloe the babysitter with a creampie first, followed immediately by giving the same treatment to Haley.
Тип HD видео: 720p
Формат видео: MP4
Видео: MPEG4 Video (H264) 1280x720 23,976fps 3423kbps
Аудио: AAC 44100Hz stereo 196kbps 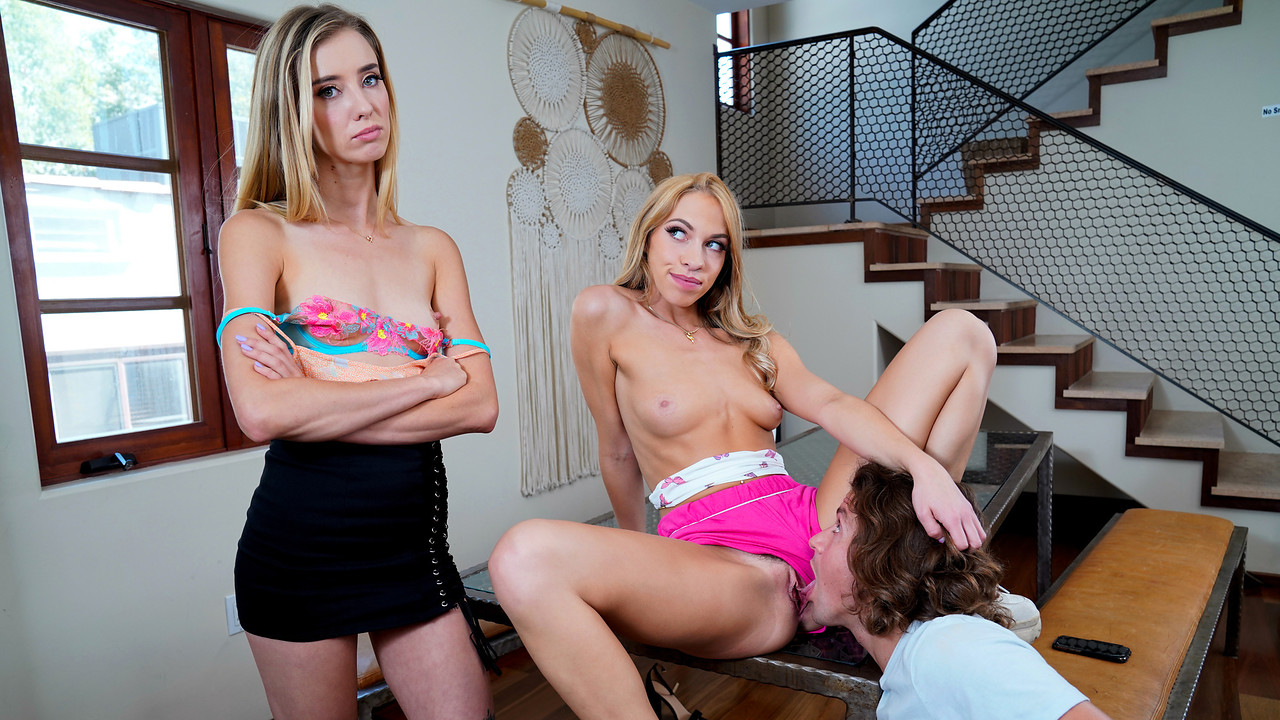 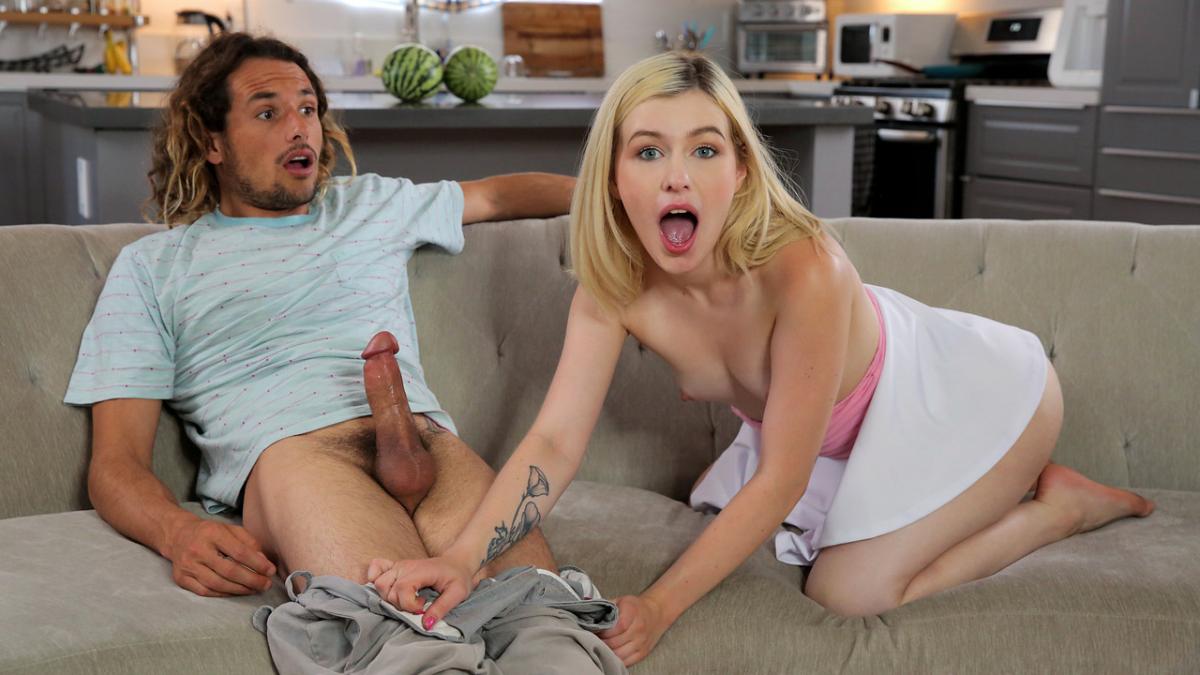